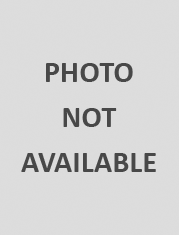 Commander Sowles is a native of Memphis, Tennessee. He attended Middle Tennessee State University and graduated in 1997 with a Bachelor of Science in Aerospace Maintenance Management. Immediately following graduation CDR Sowles attended the University of Tennessee and received a Master of Science in Aviation Systems. He was commissioned as an Ensign through Officer Candidate School May 2000.

In October 2001, CDR Sowles reported to VP-30 Fleet Replacement Squadron for initial P-3C training. After completion of FRS training he reported to VP-5 "Mad Foxes" based in Jacksonville, FL. During his time in VP-5, CDR Sowles qualified as Patrol Plane Commander, Mission Commander, and Instructor Pilot. He served as the Power plants Branch Officer, Quality Assurance Officer, and Pilot Training Officer. He completed two deployments where he flew missions in support of Operation ENDURING FREEDOM and multiple counter-narcotics missions.

In July 2012, he reported to Chief of Naval Air Training as the T-6B Pipeline Training Officer where he was the chief standardization pilot for all T-6B matters.

In October 2016, CDR Sowles reported back to Chief of Naval Air Training as the Reserve Operational Support Officer.